Today we’re excited to roll out expanded capabilities across BLE, NFC, and cellular LTE M1 technologies to better support your next steps in IoT.

Today we’re excited to roll out expanded capabilities across two of our newest IoT connectivity technologies to better support your next steps in IoT:

Learn more about each product release below.

As carriers roll out support for LTE M1 connectivity across North America, Particle is working closely with our partners to ensure that these new LTE M1 networks provide robust, reliable connectivity for your devices. With the expansion of service to Canada and Mexico, our LTE M1 service is now generally available to support deployments across multiple North American geographies.

If you already have a Particle LTE device, it will automatically gain access to these improvements to our connectivity offering with no action required. Visit our retail store for the latest LTE-enabled Particle hardware.

The potential of Bluetooth in IoT is substantial, and we’re already seeing how Particle customers are leveraging BLE for better user experience in mobile apps — here’s an example of BLE in action.

From retrofitting legacy Bluetooth-enabled machinery to enabling in field service and diagnostics, BLE and NFC allow you to create more compelling experiences for your product’s end users while maximizing battery life and reducing device-to-device communications latency.

After releasing Bluetooth Low Energy and NFC APIs in beta this past June, these connectivity tools are now generally available on all of our newest hardware (the Argon, Boron, and Xenon) with some additional features not included in the beta.

We have also made our NFC APIs, which support the built-in NFC Tag functionality of the Argon, Boron, and Xenon, generally available in the same v1.4.0 release. Note – to leverage NFC features, all development kits will require the NFC antenna.

Learn how to get started with BLE in our tutorials here and our API reference documentation here. Update your Device OS to 1.4.0 or later in the Web IDE, Console, or CLI to get access to BLE and NFC APIs.

Learn how to use the new BLE and NFC Wiring APIs to share your data. 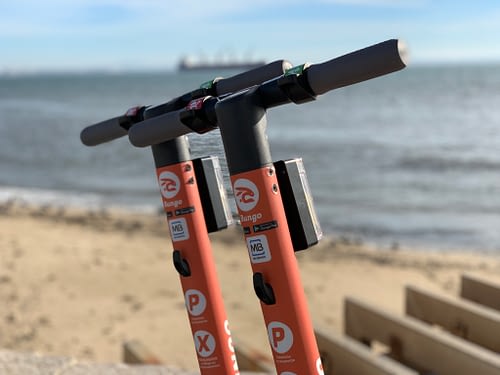 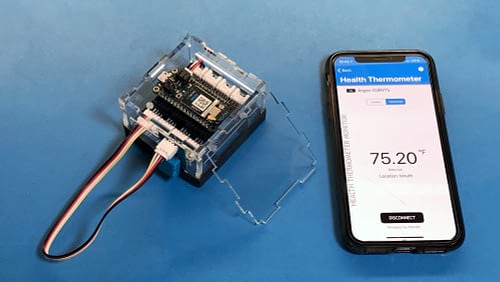 Learn how to use the new Particle Bluetooth APIs to send temperature data from a Xenon to a phone.